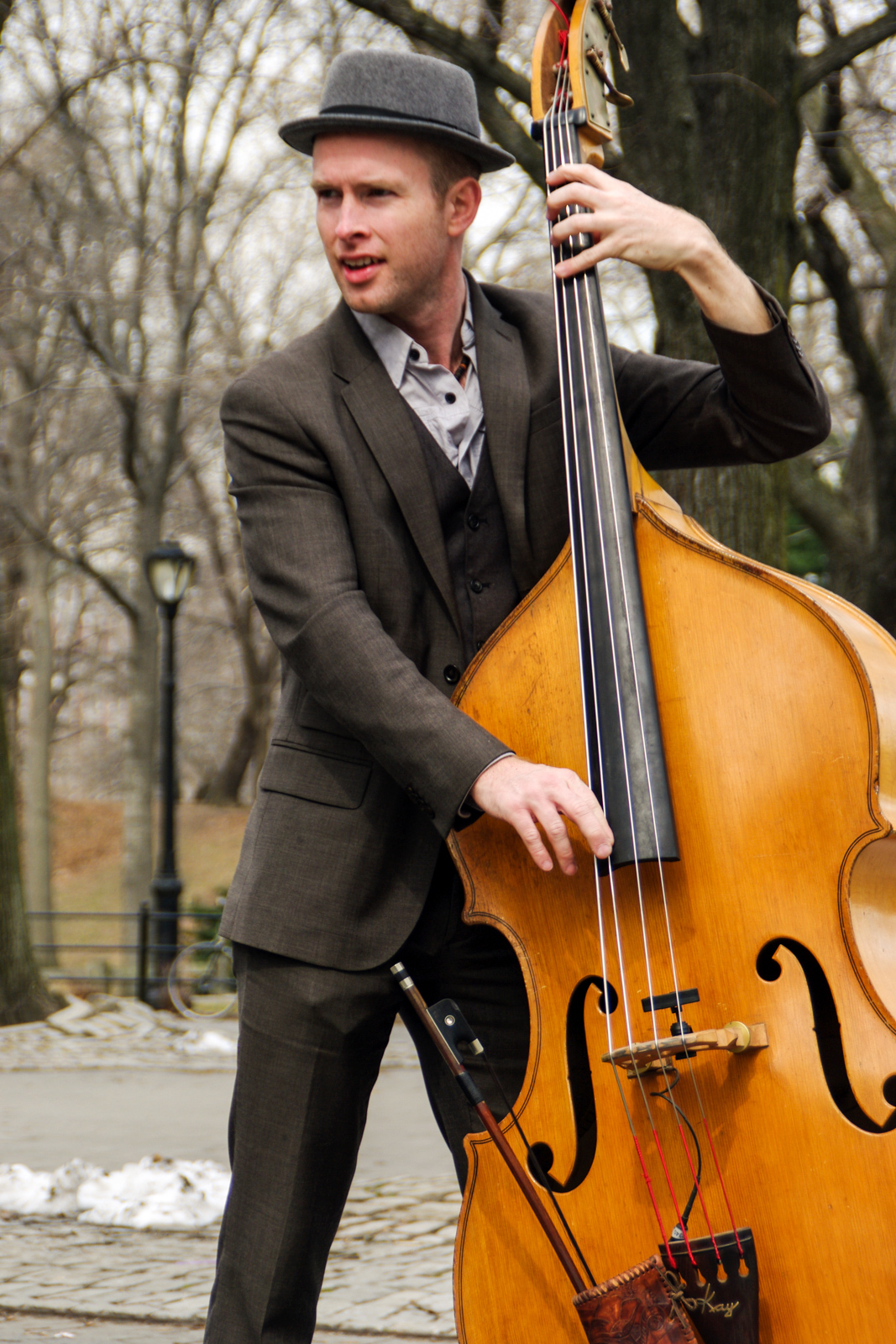 Central park, one of the most important park in a city, one of the numerous stage in the City.
Wobbling around the paths in the park … A remaining of snow here and there around … Soon I discerning a song … Some jazz music …  Now a full band stands in front of me. All dressed like in the 50’s. Some of them seat down on a bench, one does a step toward the audience, another on the side, plays the double bass,

The magic of the Big Apple, a weekday lunch time.