The Lake Léman a day of summer

The interesting Lake Léman, beside being the largest Alpine lake in Europe, it also has the dual citizenship (French and Swiss). 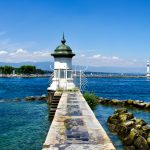 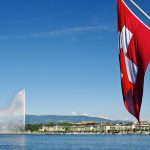 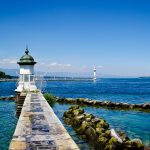 Something not unusual when we think I took this photo in Geneva, one of the principal Swiss city and yet it looks like it’s in French territory, well at least it is almost all surrounded by it.

Something not unusual here, knowing that the two rivers passing by the city meet, the two different waters merge and surprisingly yet stay visually divided!

Something not unusual in Switzerland, a country with four national languages: German, French Italian and Romansh.

Blue at the SHAKE WELL FESTIVAL